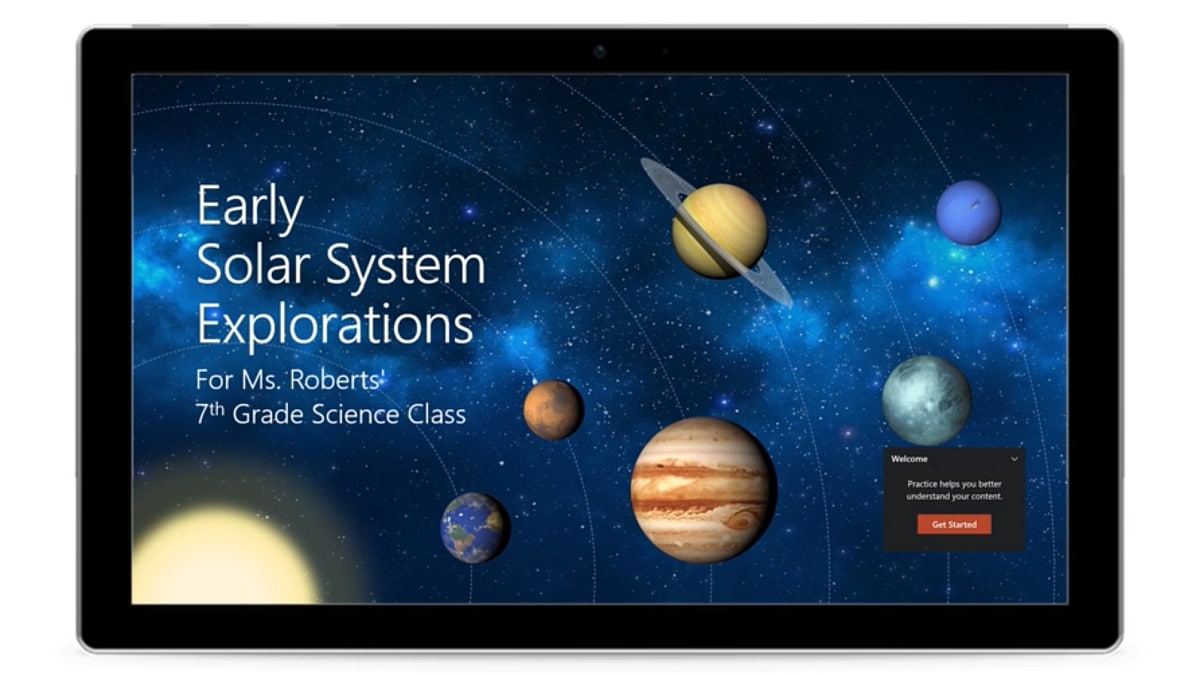 Microsoft has introduced a “Presenter Coach” to PowerPoint that will help you improve your presentations. Using artificial intelligence (AI), the Presenter Coach in PowerPoint provides you with on-screen guidance for pacing, inclusive language, and filler words. The Redmond company has specially designed the virtual presentation guru with the ability to detect swearing during a practice presentation and alerts users not to use profanity and culturally insensitive phrases. In addition to the Presenter Coach, PowerPoint is adding theme ideas to its AI-driven Designer feature to let you build eye-catching presentations easily from the blank slides. Microsoft is also bringing a Designer for branded templates feature to help companies receive design recommendations based on their corporate branding and visual identity guidelines.

Using the built-in microphone of your computer, the Presenter Coach in PowerPoint will let you enter rehearsal mode and receive real-time feedback on your pacing and use of inclusive language. The feature warns you if you use filler words like “umm” or “ahh” or unnecessarily add “basically” during your presentation. Similarly, if you — by any chance — swear in your presentation, you’ll be suggested not to use profanity or culturally insensitive phrases.

To further improve your presentation skills, the Presenter Coach in PowerPoint is designed to provide you with on-screen recommendations to help you avoid just reading the slides. It also gives audio reminders to enhance your presentations.

Once your rehearsal session is completed, the Presenter Coach shows you a detailed report along with metrics for additional practice. 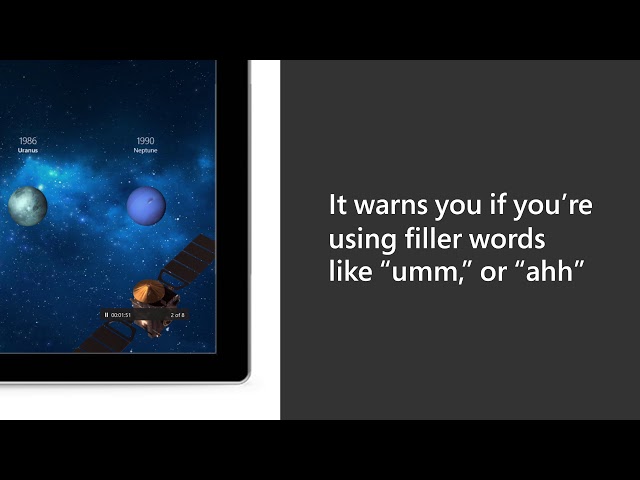 Microsoft says that over the last few years, it has received feedback from educators, students, and customers mentioning that people “want an easy way to practice their presentations to improve their public speaking abilities.” The feedback has ultimately resulted in the arrival of the Presenter Coach feature.

Initially, Microsoft is adding the Presenter Coach to PowerPoint on the Web this summer. It would, however, reach mobile and desktop users in the future as well.

Aside from the Presenter Coach, Microsoft has announced that it is bringing theme ideas to PowerPoint Designer that debuted back in November 2015. The new addition, available through the Design Ideas option, is essentially aimed to make presentations look better by suggesting high-quality photographs reflecting the slide text, along with theme styles and complementary colours.

Microsoft says the photos it shows through the Design Ideas option are fully licensed for commercial use and are paired with the built-in themes and a corresponding colour palette on PowerPoint. Moreover, the feature is rolling out in PowerPoint for Windows, Mac, and on the Web for Office 365subscribers.

For companies, PowerPoint is also adding branded templates to the Designer feature to let enterprise users easily get design recommendations that meet their corporate branding and visual identity guidelines.

“When working with branded templates, Design Ideas created directly from the layouts in the Slide Master, using the content on the user’s slides. Designer’s AI chooses the most suitable layouts for the content, intelligently crops images, and automatically recommends relevant icons and pictures,” Microsoft’s team said in a statement.

The branded templates addition is currently available to Office 365 Insiders subscribers for Windows and Mac.

Microsoft is additionally integrating Microsoft Research’s Perspective Engine to let users identify sides that contain a large number that might be difficult to interpret. The Perspective Engine is claimed to put large numbers into context by automatically augmenting the text with a corresponding perspective. For instance, the Engine is capable of breaking down a large size like 652,232 square kilometres to “about equal to the size of Texas” to make it easily understandable.

Using the Perspective Engine, PowerPoint would be able to make numerical slides more digestible for the audience and help presenters convey their message effectively. The new addition is available through the Designer feature and is currently rolling out to all Office 365 subscribers using the English language.