Honor 20 Pro, Honor 20, Honor 20i are set to launch in India today, at an event in New Delhi. The event will be live streamed, and the Honor 20 series has already been confirmed to be available on Flipkart. They should also be available on the company’s own eStore as well. Flipkart has also confirmed the names of all three smartphones launching, leaving no mystery about which models in the Honor 20 series will make it to India. The Honor 20 and Honor 20 Pro were officially launched at an event in London last month, while the Honor 20i was launched in China in April – and is almost identical to the Honor 20 Lite smartphone that was launched alongside the better-endowed siblings in London. 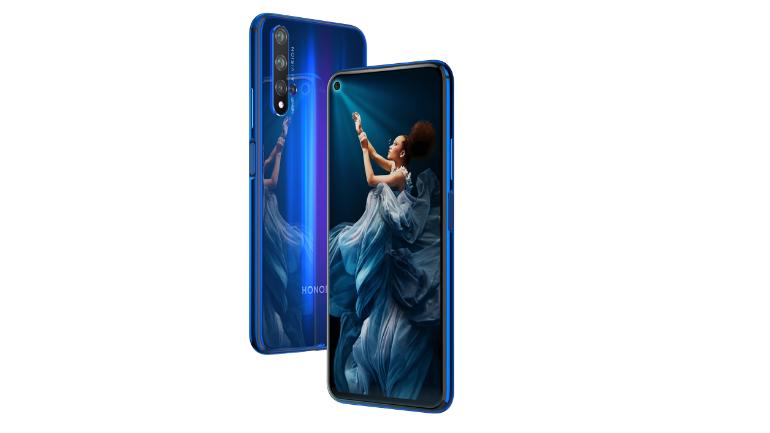 The Honor 20 Pro, Honor 20, Honor 20i India launch event is set to begin at 11.30am IST, and the smartphones’ price and availability will be announced then. You can catch the launch live stream below. As we mentioned, Flipkart has confirmed the names of the smartphones launching in a new micro-site. The site clearly mentions the Honor 20 Pro, Honor 20, and Honor 20i will be launched in India. 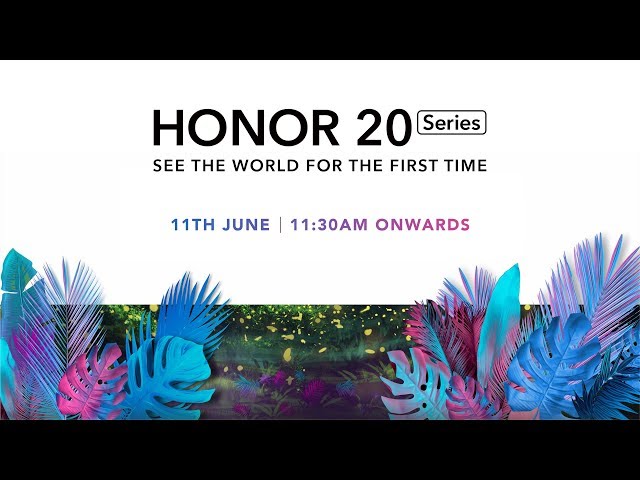 Globally, the Honor 20 Pro is priced in Europe starting at EUR 599 (roughly Rs. 46,500). The phone has been made available in Phantom Black and Phantom Blue colour options. The vanilla Honor 20, on the other hand, price has been set at EUR 499 (roughly Rs. 38,800) for the lone 6GB RAM + 128GB storage configuration. The phone comes in Icelandic White, Midnight Black, and Sapphire Blue colour options.

The pricing is India for all the variants should fall in the same bracket, although taxes and other government add-ons will result in a little fluctuation.

Honor 20 Pro specifications
Because the three phones have already been launched, the specifications are already known. Starting with the Honor 20 Pro, it runs on Android Pie-based Magic UI 2.1.0. The phone features a 6.26-inch full-HD+ (1080×2340 pixels) display with 412ppi pixel density and 91.7 percent screen-to-body ratio. The phone is powered by the 7nm Kirin 980 processor with dual-NPU and up to 8GB of RAM. Inbuilt storage is offered up to 256GB.

Lastly, the quad camera setup has a 2-megapixel macro camera with f/2.4 aperture for 4cm near macro photography. Up front, there is a 32-megapixel selfie snapper with f/2.0 aperture and 3D portrait lightning. It offers up to 1080p video recording, supported by EIS.

The dimensions of the phone are 154.60×73.97×8.44mm and it weighs 182 grams. The phone supports Virtual 9.1 Surround Sound technology, and comes with dual microphones. Sensors on board include proximity sensor, digital compass, ambient light sensor, gravity sensor, hall-sensor, and gyroscope.

For selfies, the Honor 20 flaunts a 32-megapixel sensor at the front with an f/2.0 lens and 3D Portrait Lighting support. There are also various camera features, including AI Camera, AI Ultra Clarity mode, and AI Color mode.

In terms of storage, the Honor 20 has 128GB of inbuilt storage that isn’t expandable via microSD card. Connectivity options include 4G LTE, Wi-Fi 802.11ac, Bluetooth v5.0, GPS/ A-GPS, and USB Type-C port. Sensors on the phone include an ambient light sensor, gravity sensor, gyroscope, hall sensor, magnetometer, and a proximity sensor. There is also a side-mounted fingerprint sensor.

Honor 20i specifications
The dual-SIM (Nano) Honor 20i runs EMUI 9.0.1 based on Android Pie and packs a 6.21-inch full-HD+ (1080×2340 pixels) display with 19.5:9 aspect ratio and a waterdrop notch at the top. The new Honor offering is powered by the octa-core Kirin 710F SoC paired with the Mali G51MP4 GPU, up to 8GB of RAM and 256GB of internal storage. The phone comes with the GPU Turbo 2.0 feature to provide an enhanced gaming experience.