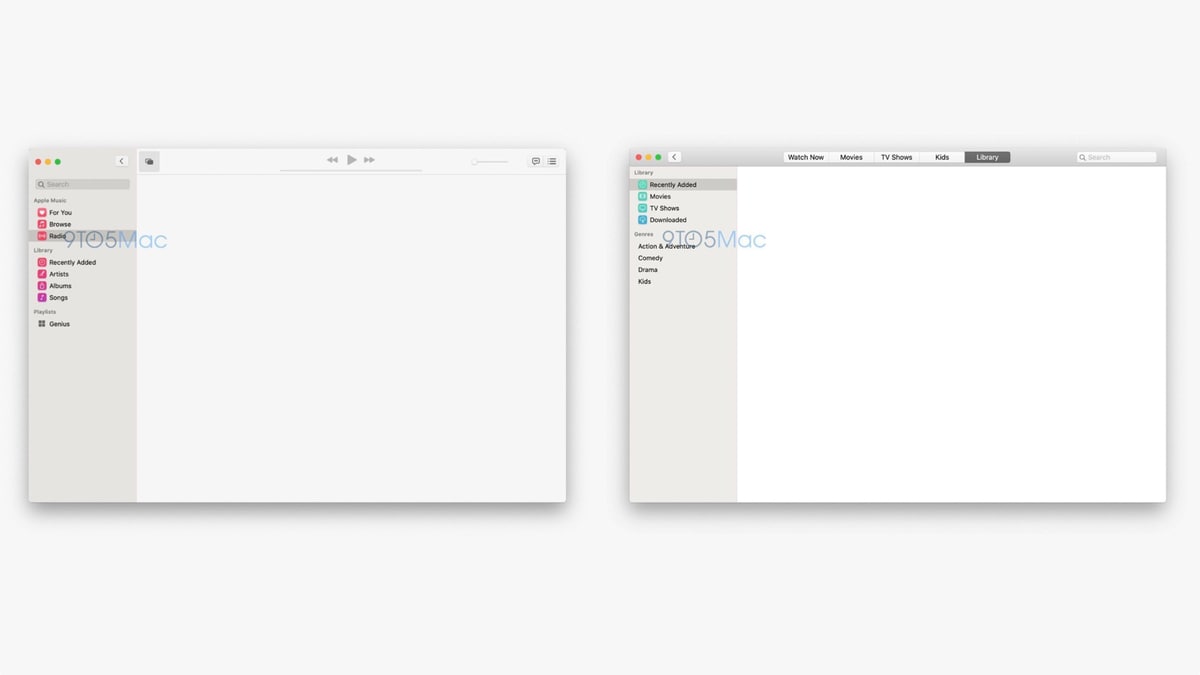 Apple is expected to announce the next major updates for macOS and iOS at next week’s WWDC 2019 keynote. The annual developer conference is a highly anticipated event as it offers a glimpse into what’s coming later during the year. Just yesterday, we saw leaked iOS 13 screenshots that revealed some key upcoming features. Today, alleged screenshots of Apple TV and Music apps for macOS 10.15 have been leaked online ahead of WWDC.

macOS 10.15 is expected to introduce new Apple TV and Music apps. The leaked screenshots, shared by 9to5Mac, reveal two distinct apps with an iTunes-like design. The final design may end up looking completely different though.

The leaked screenshots show a left menu bar with separate sections for Apple Music and Library. Users will be able to browse music on the new Music app under different categories. The top part of the app handles music playback control.

The new Music app for macOS 10.15 will be able to synchronise users’ iPhone and iPod devices, just like in iTunes, the screenshots show. The search bar now resides on the sidebar. The app’s design leaves a lot of room for the actual content.

On the other hand, the new Apple TV app also carries a similar left menu with the Library taking the most important position at the top. Users will be able to browse from Recently Added, Movies, TV Shows, and Downloaded categories. The app will also let users browse content from different genres, according to the leaked screenshot.

Besides these new apps, Apple’s upcoming macOS 10.15 is also expected to include a couple of the company’s iPad apps. Apple is also expected to add Screen Time, Siri Shortcuts integration, new Reminders app, and other upgrades to the new edition of macOS this year.