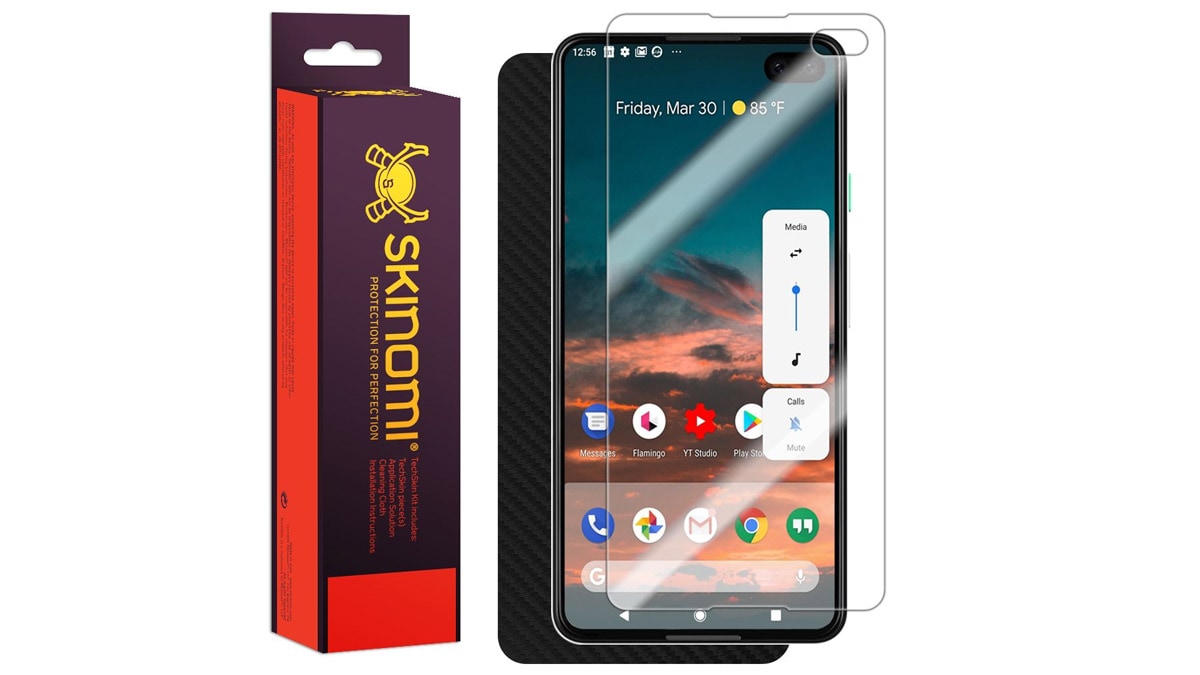 Now that the Google Pixel 3a and 3a XL have launched, the rumours and leaks are back on the upcoming Pixel 4, which is due to arrive sometime in October. The latest leak comes in the form of a screen protector that’s up for pre-order for an alleged Pixel 4. The screen guard clearly shows a hole-punch cutout for two cameras in the upper, right corner, similar to the Samsung Galaxy S10+. We also have a render of the Pixel 4 in the background, which looks similar to a reader we’ve seen before.

The screen protector is on Skinomi’s website, an accessory company based out of Ponoma, California. The screen protector also has small horizontal cutouts on the top and bottom, which suggest the presence of stereo speakers. The hole-punch design will be a new design direction for Google and is something that looks nice. The render also suggests that the phone will have slim bezels all around. The website has a listing of a screen guard for a Google Pixel 4 XL too, but without any render of the phone.

It seems as if Google will continue to have a regular and wide-angle selfie camera for its flagship phones. The phone is also expected to have improved dual-SIM functionality and will be the first phone to support the new features fo the Google Assistant which was shown off at Google I/O this year.

In terms of specifications, it’s not difficult to predict that the Google Pixel 4 and Pixel 4 XL will be powered by the Snapdragon 855 SoC. As for RAM and storage, it’s interesting to see if Google goes beyond 4GB of RAM this year and if we’ll have a 512GB storage variant too. The rear cameras are another mystery as we’ve yet to see of Google stubbornly sticks to a single rear camera or finally gives in and adds a second telephoto or a wide-angle camera.