Mobile Motorola One Vision With Hole-Punch Display, 48-Megapixel Camera Tipped to Launch in Brazil on May 15 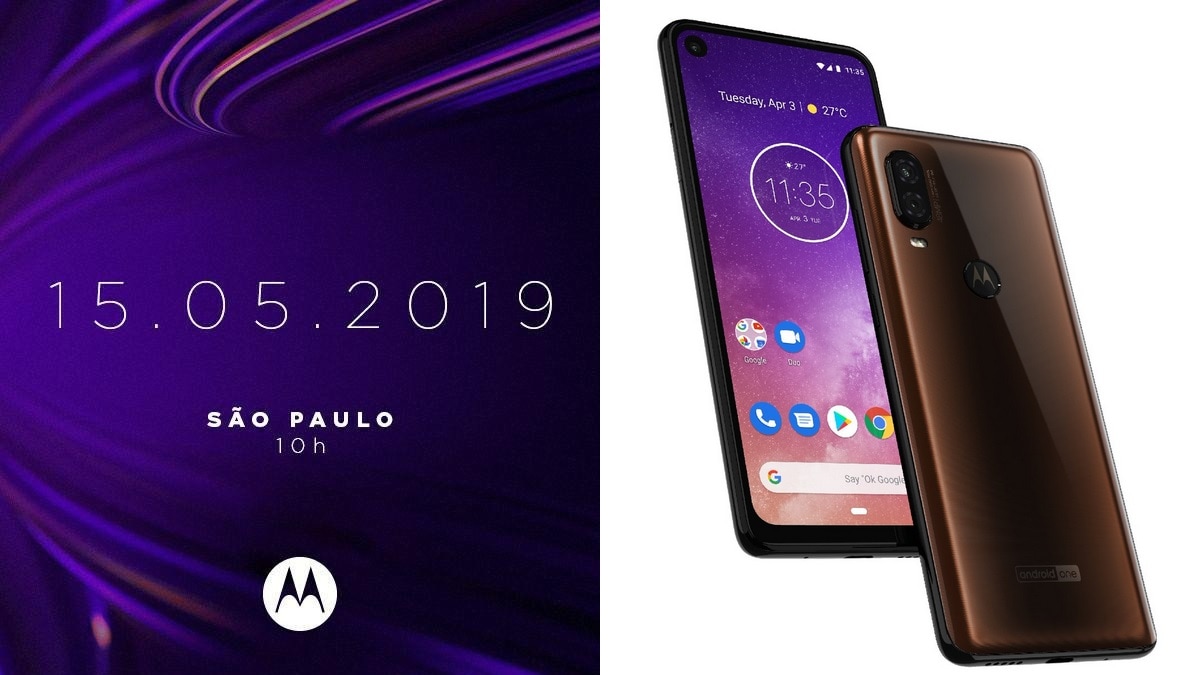 The Motorola One Vision, carrying the model number XT1970, recently received the Bluetooth SIG certification, indicating that the launch was on the horizon. Now, tipster Sudhanshu Ambhore has tweeted what appears to be the poster of a Motorola launch event on May 15, adding that the Motorola One Vision, codenamed “Robusta2”, will be unveiled in Sao Paulo, Brazil later this month.

A report from Canaltech, which cites confirmation obtained from retailers, states that the Motorola phone will go official on May 15 at an event in Sao Paulo, Brazil. The Motorola One Vision was recently spotted on Google’s ARCore website, and alleged press renders of the phone flaunting a hole-punch display also surfaced last month.

The phone was recently sighted on Geekbench as well, packing 6GB of RAM and running Android Pie. As per a detailed leak, the Motorola One Vision will reportedly pack a 21:9 display with a full-HD+ (1080×2520 pixels) resolution, although the size of the panel is not known.

The latest Motorola phone is tipped to pack Samsung’s Exynos 9610 SoC paired with up to 4GB of RAM and 128GB of internal storage. The Motorola offering is tipped to sport a 48-megapixel primary rear camera and will have support for features such as Video 3D HDR, Long Exposure, Digital Wellbeing, and Dolby audio among others. The phone is claimed to come equipped with a 3,500mAh battery, but there is no word on support for fast charging. The Motorola One Vision is tipped to make its way to markets including Asia Pacific, China, Eastern Europe, India, and the Middle Eastern countries as well, but there is no information as to when that will happen.