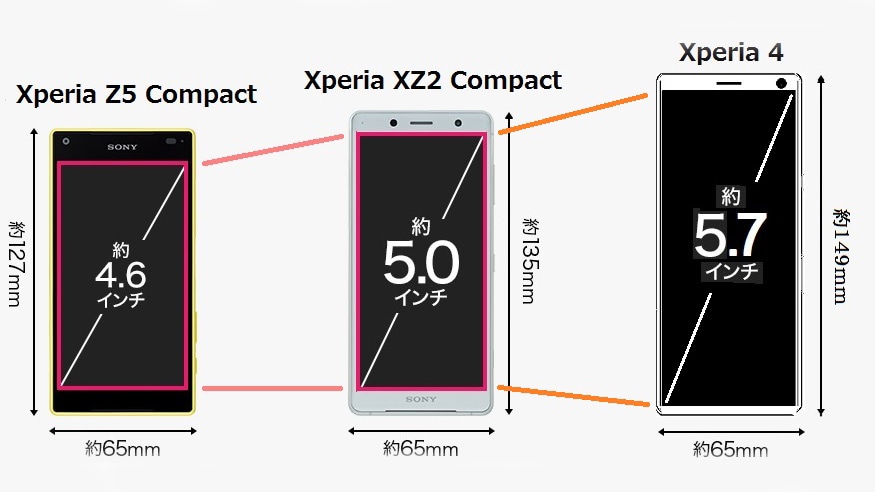 Sony was one of the last few smartphone manufacturers to still have compact-sized models in its lineup. The company used to launch small-sized version s of its flagship with the Compact branding appended to it. Looks like things are about to change as none of the recently launched smartphones had a Compact model. We were expecting Sony to launch a Compact model since most of its new smartphones have a 21:9 aspect ratio display making them taller and harder to interact with when using with one hand.

Fresh rumours hint that the Compact models will no longer have flagship hardware but will be mid-range devices, one such example is the Xperia 4. Based on the rumours on Esato Forums and an image that compares the new Xperia 4 to older Xperia Compact models like the Xperia Z5 Compact and the Xperia XZ2 Compact. The alleged Xperia 4 is said to be 65mm wide but is taller at 149mm since it has a 21:9 aspect ratio.

Most Compact smartphones were launched with the older 16:9 aspect ratio with the Sony Xperia XZ2 Compact being the exception with a taller 18:9 ratio display.

The alleged Xperia 4 is said to be 8.3mm thin but will miss out on a 3.5mm headphone jack. Rumours also point that the Xperia 4 will be exclusive to NTT DoCoMo in Japan. If these will be available in other parts of the world remains to be seen.