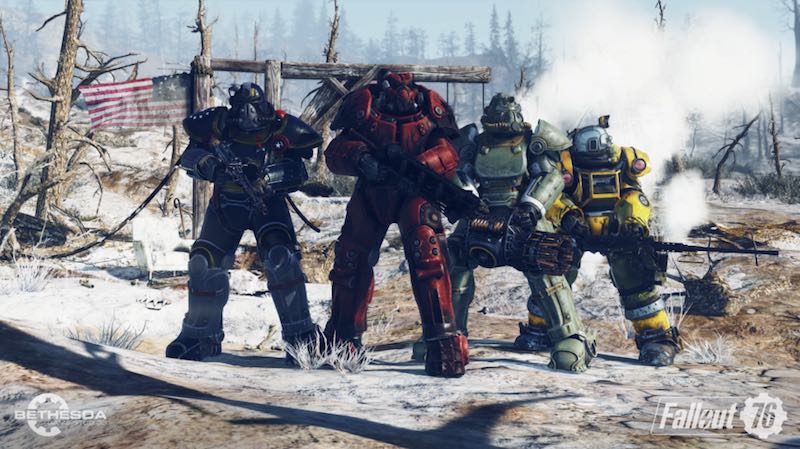 With Fallout 76 potentially being this year’s No Man’s Sky (no mean feat since 2018 also saw Sea of Thieves), there’s no doubt that developer Bethesda misled fans and abused the goodwill the Fallout franchise has garnered over the years for quick profit. While this was obvious while playing Fallout 76, the extent of its laziness in making it has now come to light. Fallout 76 features code directly copy-pasted from its past games, most notably The Elder Scrolls V: Skyrim and Fallout 4. Considering the final boss fight in Fallout 76, the Scorchbeast Queen looked like a reskin of Skyrim’s dragons, it’s now obvious how this came to be.

Thanks to Twitter user Christian Leites it has come to light that Bethesda used the same animations and scripts for Fallout 76’s Scorchbeast Queen that were present in Skyrim, which would explain why they felt similar.

As for Fallout 4? Although Fallout 76 might feel like a mod for Fallout 4, the files Leites unearthed showed off that it has the identical content check functionality. To the point where Bethesda did not even change the comment section of the code or remove references to Fallout 4.

Considering the issues players have had with Fallout 76 servers its perplexing why Bethesda wouldn’t go for a solution that’s a lot more intrinsic to the online-only game that was being developed instead of copy-pasting from an older single-player, offline game.

In our Fallout 76 review we lamented the fact that Bethesda choose to launch the game in the state it’s in. Despite multiple patches and updates, it’s a far cry from past efforts such as Fallout New Vegas, Fallout 4, and Fallout 3. Until the game gets an Elder Scrolls Online-style fix, it’s not worth checking out.