OnePlus 6T₹ 37,999, the company’s latest flagship in India, will go on sale in the country via Amazon tonight. The Chinese smartphone manufacturer launched the handset in India on Tuesday, after unveiling it globally earlier this week. The smartphone, packing premium specifications, is the second flagship from the company in 2018. The OnePlus 6 successor arrives in three variants and its key highlights include a new in-display fingerprint sensor, and a smaller display notch. Notably, the OnePlus 6T will be available for purchase on the Amazon India site starting 12am IST on Thursday, November 1. The handset will also be sold by the company via its official site. Amazon had already detailed several launch offers when it had listed the smartphone for pre-order. 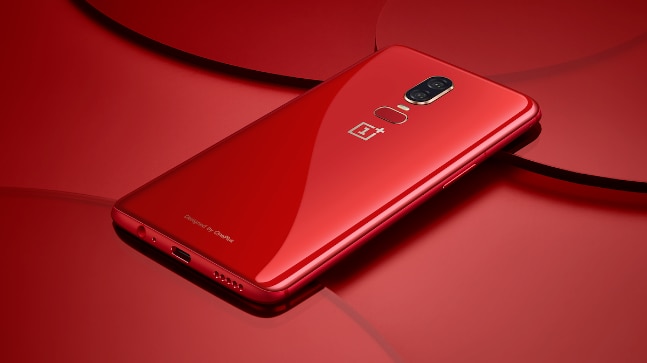 OnePlus 6T buyers will be able to avail a number of launch offers that Amazon had detailed earlier. As mentioned, the handset will be available for purchase on the e-commerce platform starting 12am on November 1. The launch offers include a Rs. 2,000 instant cashback for those who buy the handset using their Citibank credit cards or ICICI credit and debit cards. There is a free damage protection from Kotak 811 and Servify, no-cost EMIs, and Rs. 5,400 instant cashback from Jio in addition to up 3TB of 4G data. You will also get a Rs. 1,000 extra cashback as Amazon Pay Balance. On Kindle eBook selections, users also get a discount up to Rs. 500. You can also buy the OnePlus 6T via the company’s India site.

The OnePlus 6T will also go on sale via Reliance Digital outlets, Croma, and OnePlus’ own offline stores, from November 3.

The OnePlus 6T is a dual-SIM (Nano) smartphone that runs OxygenOS based on Android 9.0 Pie. It features a 6.41-inch (1080×2340 pixels) full-HD+ Optic AMOLED display with 19.5:9 aspect ratio and PPI of 402 pixels per inch. In terms of internals, the OnePlus 6T is powered by the 64-bit octa-core Qualcomm Snapdragon 845 SoC. The smartphone comes with 6GB or 8GB of RAM options.

The OnePlus 6T is fuelled by a 3,700mAh battery with support for up to 20W fast charging. OnePlus has promised a full day of battery power in 30 minutes of charge with the bundled charger. Connectivity options on the OnePlus 6T include 4G VoLTE, Wi-Fi 802.11 a/b/g/n/ac, Bluetooth 5.0, aptX and aptX HD support, NFC support, GPS, GLONASS, BeiDou, and USB Type-C port. The OnePlus 6T measures 157.5×74.8×8.2mm and weighs in at 185 grams.