Xiaomi Poco F1₹ 20,999 is set to receive MIUI 10 Global Stable ROM soon. Launched back in August this year, the Poco F1 arrived with MIUI 9.6 out-of-the-box based on Android 8.1 Oreo. However, the Xiaomi-owned brand Pocohad promised an MIUI 10 update soon. To recall, the Poco F1 runs on a customised MIUI for Poco operating system that comes with few tweaks like the Poco Launcher, quick settings from stock Android, and more. Xiaomi has now revealed that the MIUI 10 official release for the smartphone will begin this week. Additionally, Xiaomi has also confirmed that the PUBG Mobile compatibility issues have been fixed on the Poco F1. Android 9 Pie will arrive in Q4 2018, Xiaomi had mentioned soon after launch. 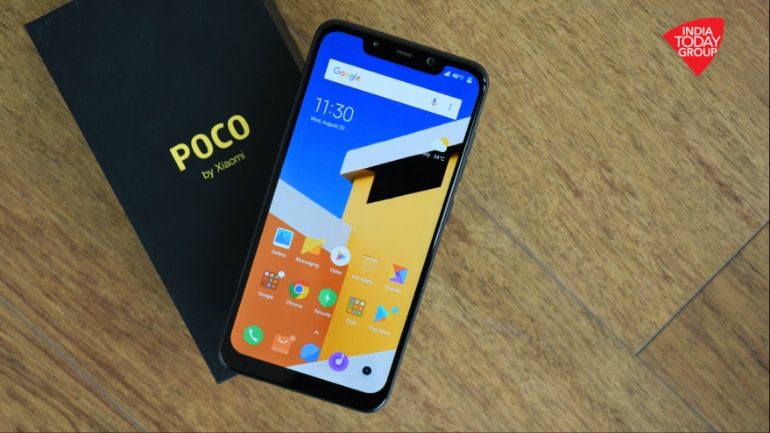 In an MIUI Forum post, Xiaomi confirmed that MIUI 10 Global Stable ROM update will be rolled out to Poco F1 users this week – a public beta programme has been running. since last week. Ever since the smartphone’s launch, the Poco team claim to have been actively taking suggestions and feedback to improve the user experience with updates. The company said that that features such as the custom app icon size, desktop grid, and dark mode for app drawer will be added to the Poco launcher. The Chinese manufacturer also noted that issues related to Asphalt 8 and 9 compatibility will soon be fixed. Xiaomi claims to have had a meeting with Gameloft to address the matter.

Previously, a number of Poco F1 users had reported about PUBG Mobile compatibility issue on the handset. Xiaomi claims the issue has been fixed by the PUBG mobile team. The Poco F1 users had previously reported that the display notch of the Poco F1 covered some part of the content while playing the game. However, Pocophone F1 users might have to wait a little longer, as the PUBG Mobile team is said to be working on rolling out a fix for the smartphone.

For some Android Auto issues, Xiaomi has said that the problem is currently being analysed and that it will focus on following up this issue with Google. Meanwhile, Poco F1 users waiting for Widevine L1 support may have to wait longer, as Xiaomi expects to release the beta before the end of the year.

The new build will be available in the form of an OTA update and is expected to roll out in batches to users over the next few days. The Poco F1 MIUI 10 Global Stable update is expected to fix multiple issues and add new features. Xiaomi plans to release the fix for an ‘OK Google’ issue in the official version arriving this week. Other new features include the addition of 4K video recording at 60fps. Meanwhile, it will fix issues such as lack of app icons in the status bar, battery percentage indicator, and delay in registering touch and typing input.

To recall, Xiaomi had last week also confirmed that the lack of Widevine L1 certification, which prevents it from playing HD video on certain video streaming, will be fixed and that a beta will be released sometime in Q4.

To recall some of the specifications, the Xiaomi Poco F1 is a dual-SIM (Nano) smartphone that sports a 6.18-inch full-HD+ display with an 18.7:9 aspect ratio. The phone is powered by a Qualcomm Snapdragon 845, paired with 6GB/ 8GB of LPDDR4X RAM and 64GB/ 128GB/ 256GB of onboard storage. In terms of optics, the Poco F1 sports a dual rear camera setup with a 12-megapixel primary sensor (f/1.9 aperture) and a 5-megapixel secondary sensor with f/2.0 aperture. On the front of the handset is a 20-megapixel selfie camera with AI-based face recognition and portrait mode photography. There is a 4,000mAh battery under the hood, with support for Qualcomm’s Quick Charge 4.0.