Paytm has launched Paytm mall, a standalone e-commerce app. For years, Paytm has run its mobile wallet and e-commerce divisions together, and you use the same app to access both sides of the business. However, the company has been planning to separate the two as the wallet becomes a part of its payments bank, and the launch of Paytm Mall shows that this is now happening. Interestingly, Paytm Mall also evokes the name T-Mall, one of China’s biggest e-commerce players, and a part of the Alibaba Group, which is an investor in Paytm. 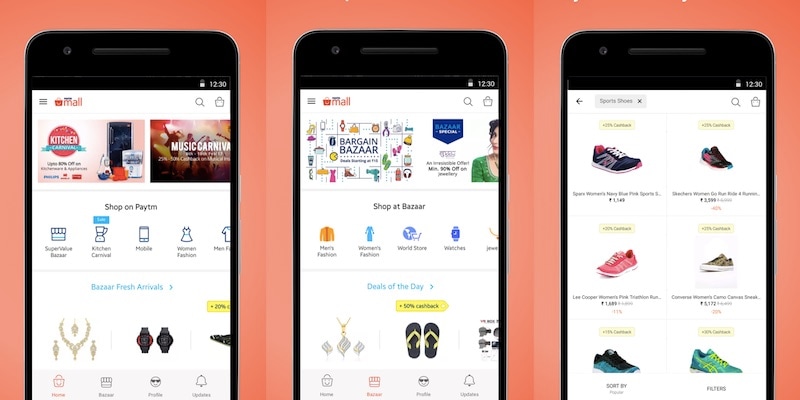 Earlier this month, there were reports that Paytm was raising $200 million from Alibaba, for its e-commerce business. Alibaba is also an investor in Snapdeal, and in 2016, was contemplating entering the country as a standalone entity in India. This investment in Paytm would show that it has chosen a way forward in India, at a time when Snapdeal is in trouble, clearly strapped for cash.

The Paytm Mall app was launched on Monday, and has all the expected categories, such as electronics, fashion, furnishings, and so on. As usual for Paytm’s marketplace, there are plenty of cashback offers, which will fill up your Paytm wallet in lieu of a discount. In that sense, the new app seems to simplify the Paytm experience, with shopping and wallet not having to compete for attention, while the features and experience remain otherwise the same.

The main Paytm app was also updated recently – on Friday, according to a blog post. The update promises faster responses and better experience, and has added new uses such as paying loan instalments, and simplifying utility bill payments. There’s also a sample electricity bill feature that’s been added, which lets you see sample bills for different service providers that highlight the different fields, so you can more easily find the relevant information on your own bill.

The Paytm Mall app itself looks and functions a lot like the main Paytm app – tap the mall button on the latter’s navigation pane, and the experience seems largely identical. Does this indicate that the mall is going to go away entirely from the main Paytm app? On Monday, Paytm announced that it has crossed 200 million wallets, so it might feel that it is beneficial to let transactions take the focus on the new app.