Glaciers in the Himalayas and on the Tibetan Plateau are rapidly melting. Black carbon soot from power plants and fires that falls on the snow and ice there is one reason why, and now scientists say they know where it’s coming from. 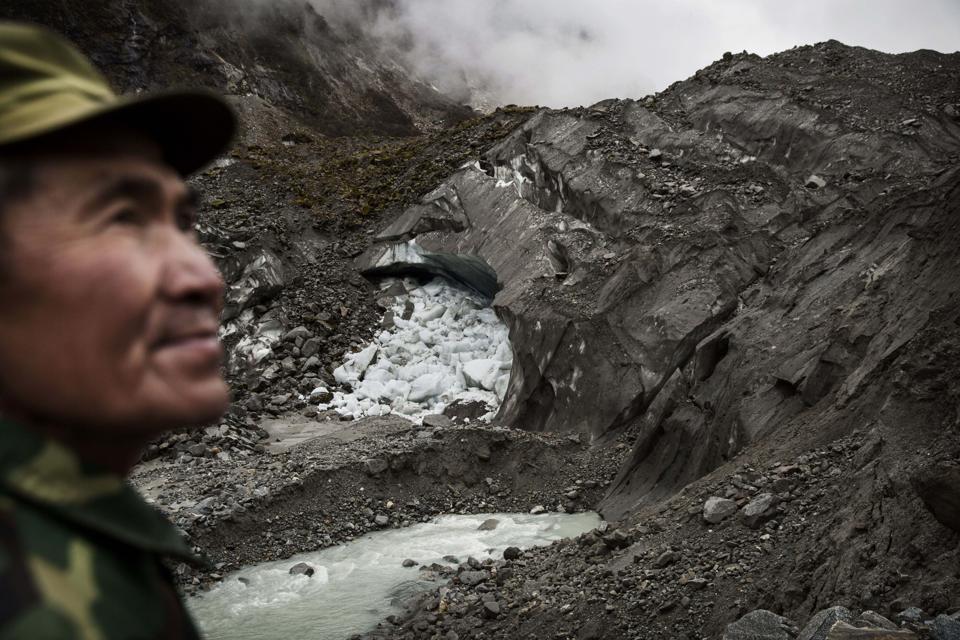 Scientists had long assumed that India and China—two of the world’s leading sources of black carbon pollution—were responsible for what fell on the glaciers in Tibet and the Himalayas.“Modeling and atmospheric circulation suggested that black carbon might be from surrounding regions,” says Shichang Kang in an email. He studies glaciers at the Chinese Academy of Science and led the research project.

Instead, he found that a lot of the black carbon is local. While power plants in China and fires in India do contribute black carbon, in the remote interior of the Tibetan Plateau it appears to come mostly from burning yak dung and other immediate sources.

These very fine black carbon particles—on the scale of bacteria—are a form of pure carbon released when fossil fuels or plant matter are burned. Though small, they can have dramatic effects on glaciers. While snow and ice reflect sunlight, black carbon absorbs its heat and contributes to glacial melting.

“Most of it’s coming from there and not big coal or oil or far-travelled stuff from big cities in China,” says Shawn Marshall, who studies glaciers and their response to climate change at the University of Calgary. He was not involved in the research.

In a new paper in Nature Communications, Kang used chemical fingerprints to identify the sources of black carbon pollution across the Tibetan Plateau and the Himalayas.

His group took advantage of the subtle differences in types of carbon. Most carbon atoms contain six each of the subatomic particles called neutrons and protons. That’s carbon-12. Another form or isotope contains seven neutrons and is known as carbon-13. Both forms are stable and don’t break down.

A third naturally-occurring isotope, however, called carbon-14, degrades over the span of millennia. It has eight neutrons and originates in the upper atmosphere from impacts of cosmic rays, then makes its way down to the surface where it’s absorbed by plants.

Because carbon-14 slowly breaks down, fossil fuels—the remains of ancient plants and animals—don’t have any left. But wood, brush and yak dung do. That allowed Kang to tell whether the black carbon his group collected in air samples or snow came from burning coal and natural gas or from open fires built for cooking, warmth and waste disposal.

Black carbon in northeastern parts of the Tibetan Plateau closest to larger Chinese cities came almost exclusively from fossil fuels, Kang reports. In the southwestern Himalayas the black carbon was split about equally between fossil fuels and biomass, consistent with activities in India.

In the vast, remote interior of the Tibetan Plateau, however, the group found much higher levels of carbon-14, meaning very little contribution from fossil fuels. Kang concludes that this is a result of locals burning yak dung and other biomass for cooking and heating.

“This suggests that reduction of biomass burning is a way for mitigation, such as improved stove techniques and using more clean energy like natural gas in the region,” he says.

Marshall says he’s pretty well-convinced of the results, although he points out that the paper does not get into how much black carbon actually contributes to glacial melting. He says it might not be the final word on what’s happening to Himalayan and Tibetan glaciers, but he thinks it’s a solid start.

“I haven’t quite seen anything like this before where they’re really having a regional picture of how much black carbon is out there and where it’s coming from,” says Marshall.

Kang says his group hopes to do more sampling of black carbon and other combustion byproducts in the region.

“The data are still very scarce,” he says.