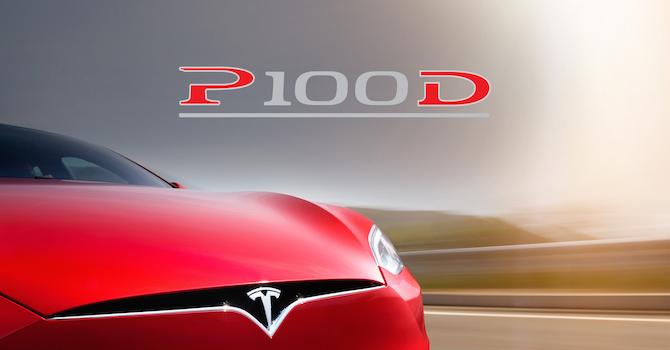 Electric vehicles are sexy. They accelerate from zero to sixty in no time. Some of the coolest models from BMW and Tesla have gull-wing doors. And they are beginning to gain traction in the market. To date, some half a million have been sold in the U.S. This year, we are on a record pace both in the U.S. and globally.Last year, 550,000 EVs were sold worldwide. This year, the numbers are already at 308,000 through the first half of the year. Those numbers may appear large, but in the context of the nearly 89 million vehicles sold worldwide last year, they are still quite small, implying tremendous room for future growth.

As EV prices continue to fall, some analysts project that price parity between electric vehicles and gasoline-fueled cars will occur as soon as 2022. That cross-over date may occur soon or it may be later, but this is no longer a question of if, but simply when. So in the very near future, we will have hundreds of thousands, and ultimately millions of electric vehicles ready for the scrap heap. When that day comes, what happens to their lithium ion batteries?

As it turns out, while a used EV lithium ion battery will not be that useful in a car anymore, it will still likely have plenty of value in a secondary market for stationary energy storage on the power grid. Some of the larger EV batteries will be capable of storing multiple days’ use for the average residential customer (the new Tesla SP100D highlighted in the August 23rd press release boasts a 100 kWh battery, equal to more than three full days’ home power consumption).  Taken in total, used EV batteries may make a meaningful contribution to tomorrow’s power grid.

Many companies have already recognized this fact, and have begun piloting the interaction of EV batteries with power grids. Among the various initiatives, BMW has been working with Pacific Gas and Electric to optimize the interaction of repurposed EV batteries and the grid. In June, it announced a stationary storage offering that will ultimately involve second-life batteries. Nissan and Eaton have announced a similar offering in the UK, available for pre-order in September. Sumitomo and Nissan have been working on this opportunity for several years. And there are multiple other initiatives as well.

Repurposed batteries will ultimately find their way into millions of locations across the globe, adding value to the grid and facilitating the integration of ever more wind and solar. But before that occurs, there is a good deal of work to be done to ensure the safety, reliability, insurability, and bankability of these resources. In a 2014 paper on the topic, UCLA Law and Berkeley Law Schools identified several barriers to widespread adoption of EV batteries for the purpose of stationary storage. These include:

A critical first step in addressing these concerns is to fully understand the performance and safety issues related to second-life batteries and that is where UL (Underwriters Laboratories) is stepping in to reassure the market and make a difference.

If you are not familiar with UL, a bit of background may be helpful. The organization was founded in 1894 and has been evaluating products since then. Its website states that UL “certifies, validates, tests, verifies, inspects, audits, advises and educates.” The organization has a very wide reach, with UL customers in 104 countries, and 170 UL laboratory testing and certification facilities. To date, it also has 22 billion UL marks on various products (on a hunch I just ran upstairs to look at my wife’s hair dryer. Sure enough: “UL listed” is embossed in plastic on the device). In 2015, the organization conducted over 96,000 product evaluations. UL is about to add second-life lithium ion EV batteries to that list of products, but what will UL do and why?

To answer that question, I contacted Ken Boyce, UL’s Principal Engineering Director of Energy and Power Technologies. Boyce indicated that the organization has been eyeing this area for a few years, as it became obvious that the number of used EVs would rapidly increase and that there was a need for a lifecycle management program for an asset with so much remaining potential. He noted that there are a number of challenges involved in taking used batteries from a car and successfully and safely re-deploying them to support the power grid, whether on-site or at utility scale.

When you repurpose anything, it’s a challenge because the piece of equipment has gone through a life of its own and now we are saying ‘here you go for round two.’”

He observes that with lithium ion batteries you “pack a lot of energy into a small footprint. The electrochemical state of health is important as it relates to safety expectations.

UL’s goal is to define standards for safety and other critical attributes and to finalize a set of safety requirements so that there is “a good common set of expectations” concerning the product evaluated. In this instance, UL will develop a protocol under which samples of used EV batteries will be put through a pre-determined series of tests to ensure safe applications. The organization will also establish a surveillance program addressing those critical safety attributes to “establish confidence that the ongoing program is the same as what we have run through in the test program. That’s how the certification program generally works.”

In many cases, UL can utilize destructive tests, but in this instance, with a repurposed technology, that’s not possible. Instead, the focus will be on employing advanced analytical techniques to thoroughly understand the health of the battery. To ensure that they have assessed this from various perspectives, UL will work with a broad community of stakeholders including national laboratories, academia, industry experts, and the user community. Once an agreed-upon set of standards is developed, Boyce notes that UL will push those out into the public domain “so everybody in the stakeholder community knows what those requirements are.”

This will take the form of internal testing programs adopted by various corporations. Boyce notes that the goal is to “provide a signal of confidence to the consumer that there has been independent testing done by UL.” Once the protocols are established, though, UL’s work is not done. “We work with manufacturers and go into locations and do audits to establish confidence that products meet requirements.”