Energy How Sungevity Could Be A Solar Survivor 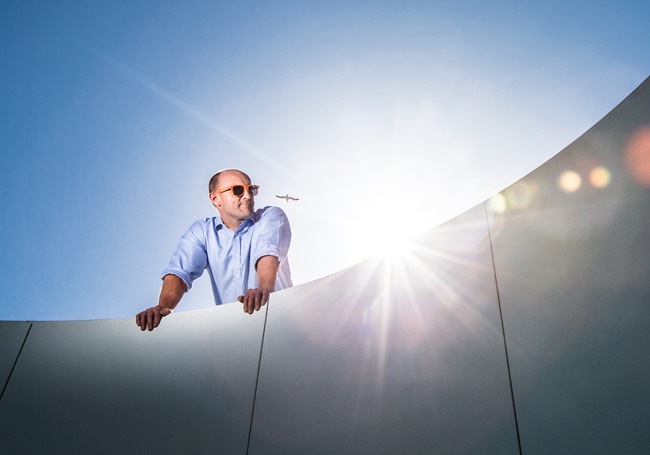 Solar skepticism is easy. To start with, solar power is a temperamental technology. It works, after all, only when the sun shines. It provides less than 1% of America’s electricity. Many investors are fleeing. Shares of three big installers of residential solar panels–Sunrun, SolarCity and Vivint Solar–have lost more than 50% of their value in the past year. SunEdison, which makes photovoltaic panels and builds big solar installations, went bankrupt in April.

Making the skies still cloudier: massive overcapacity among state-subsidized Chinese manufacturers of those panels. A couple years ago it was a big deal when the costs of new rooftop solar-panel systems dropped low enough (at least in green states like California) to compete with grid power. Prices have kept falling, and by the end of this year the industry will be facing a photovoltaic glut. That’s bad news for any American panel manufacturer, such as Elon Musk’s SolarCity, which is spending $750 million in taxpayer money to erect a panel factory in upstate New York. That could set up a scenario similar to the one in which Solyndra burned through $535 million constructing a factory for its innovative cylindrical solar panels before going bankrupt in 2011.

So it’s intriguing when the head of a solar company says he welcomes the wave of cheap Chinese gear. “It’s great for us. Our costs go down, and a lot of savings will be passed on to the customer,” says Andrew Birch, CEO and cofounder of Sungevity. The company, based in Oakland, Calif., is one of America’s biggest solar installers, having sold about 9,000 systems in the past year at $19,000 a pop. That accounts for the majority of its roughly $200 million in revenue in the last year.

The industry might have a bleak outlook, and Sungevity still isn’t profitable after nine years, but Birch, a 40-year-old Scot who worked for BP’s solar division before starting Sungevity with Danny Kennedy, 45, and Alec Guettel, 48, sees a brightly lit future. Sungevity will go public later this year in a merger with Nasdaq-listed Easterly Acquisition (a so-called blank check company, which is essentially a publicly traded private equity fund). Easterly (to be renamed Sungevity) will contribute $200 million cash in exchange for 41% equity in the company. Why throw good money into a bad sector? “We looked at over 100 companies to invest in. We weren’t targeting solar,” says Darrell Crate, Easterly’s chairman and the former CFO of money manager Affiliated Managers Group AMG +0.49%. “The platform nature of this business is what we think leads to success.”

Unlike SolarCity, for example, Sungevity doesn’t have any capital-intensive factories, a fleet of installation trucks or a financing division. And it doesn’t want them. Instead the company cultivates what it calls an “ecosystem” of outside suppliers and contractors. Its founders drew inspiration from Michael Dell’s mass-customization approach: “Source the right components in the bundle and change them as better ones emerge,” says Kennedy, an Australian and a former Greenpeace activist. “Give them what they want while leading the horse to water.” And do it all online.

Sungevity sources battery systems from Germany’s Sonnen, which has been making them a lot longer than Tesla has been making Powerwall residential batteries. “But we’re totally agnostic,” says Birch. Meaning if a customer wants a Powerwall to go with a Tesla, no problem.

The Web platform in which Sungevity has invested hundreds of millions of dollars (from the likes of Apollo Investments and GE Ventures) represents a sophisticated departure from the way companies usually sell customers on solar. Used to be, if you were interested in solar panels, someone had to climb up on your roof to measure it. Today, in the 14 solar-friendly states where Sungevity operates (like California, Colorado, New Jersey and North Carolina), entering an address on Sungevity.com immediately sets in motion a behind-the-scenes digital dance: Sungevity’s software hoovers up every available image of a house from Google GOOGL +0.56% Earth, Google Street View, Bing’s Bird’s Eye and even lidar surveys (like radar, but with lasers).

A combination of algorithms and humans then analyze a home’s angular measurements, and within five minutes Sungevity has a rough-and-ready plan to fit as many panels on the roof as possible. “It’s essentially rooftop Tetris,” says Sungevity designer J.T. McCook, who works on 50 systems a day for potential customers. Sungevity coaxes them into solar ownership with vital stats like how much money they’ll save versus grid power and how much carbon they’ll keep out of the atmosphere. Phone reps at Sungevity’s Kansas City call center help close deals.