Energy A Race To The Bottom For Tight Oil 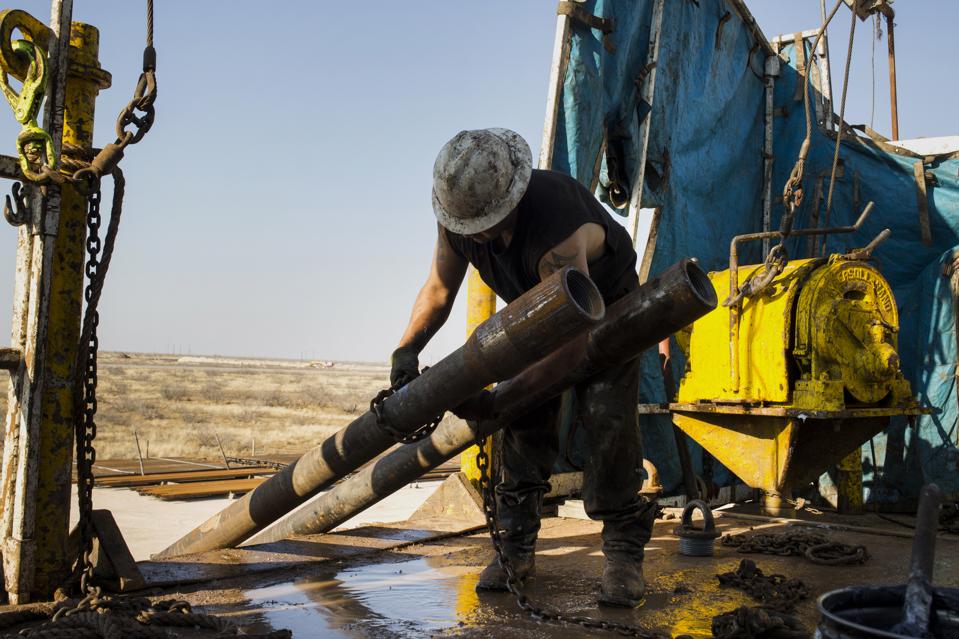 A worker prepares to lift drills by pulley to the main floor of Endeavor Energy Resources’ Big Dog Drilling Rig 22 in the Permian basin outside of Midland, Texas, on Dec. 12, 2014. (Brittany Sowacke/Bloomberg)

Remember the shale gale and Saudi America? The scale of those outlandish delusions has now dwindled to plays in a few counties in West Texas and southeastern New Mexico. Saudi Permian.

It’s a race to the bottom as investors double down on the tight oil companies that can still tell a growth story. Permian-weighted E&P companies are the temporary darlings of Wall Street as other tight oil plays have lost their luster.

We are in the middle of a truly silly price rally. Other rallies of 2015 and 2016 took place despite substantial production surpluses and too much inventory. Then, there was some hope that higher prices might result if over-production could be brought under control. Now, the world’s production and consumption are near balance but oil prices remain mired in the $40 to $50 per barrel range.

This current rally will end badly because there is something more fundamental keeping prices low. Despite repeated assurances from IEA and EIA that demand growth is strong, it is not strong enough to draw down outsized global inventories.